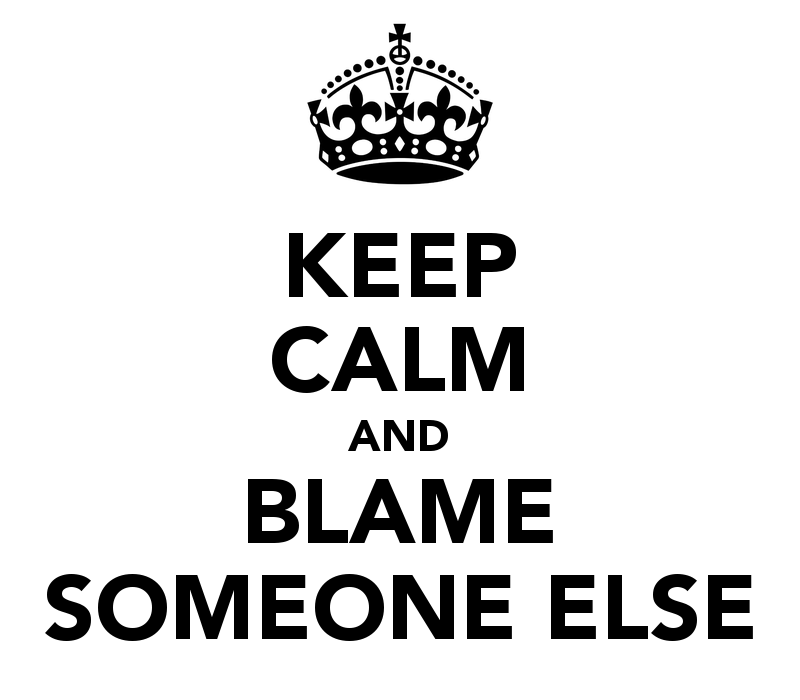 What do you say when you have to address someone’s poor performance, but you know that they never listen to criticism and always start blaming the system or other people for the problems? They may even throw it all back at you, saying, “The tracking system, or Joe in sales, (or whatever it is) is such a pain that I just can’t deal with it. You’re in charge, it’s your job to fix that, so I can do my job.”

Here’s a conversation roadmap for what to say, and what not to say, to get this person to start taking a more honest look at themselves.

If they blame something systemic, you can say, “Yes, I know the tracking system has some problems, but I also know that not all of your colleagues are coming to me with the same complaints about it that you do. The system may be a problem, but I’m not sure it’s the whole problem. Are there any other obstacles for you that are making this performance issue difficult?” You acknowledge their concern is valid, but you don’t let them off the hook.

If they blame other people, you can say, “Then I’d be interested in talking with them about this issue too. But I think it’s true, the old adage, that it takes two to tango. Do you see any way that you’re contributing to this problem yourself?”

Note again that this is different than bluntly asserting that it takes two to tango, which has that subtle accusation in it. Look at your language very precisely from this point of view. At this early stage in the conversation, accusations and directives, however subtle, will defeat your purpose.

If the person starts to open up, if they acknowledge something or start to talk about what’s going on with them, express your appreciation, and encourage them by saying, “I really appreciate you explaining this to me. I feel like I’m starting to understand what’s going on. Is there more you want to say about it?”

If they suggest any change to how things are working now, take it seriously. “Yes, I see that that would help. How do you suggest we go about it?” Invite their intelligence. They may have a good point.

But don’t let them divert the issue from themselves to other issues. Ask again, “Apart from that issue with the system, or with Joe, is there any way that you see you might be contributing to the problem yourself?”

Again, this is different than saying, “Yes, but what’s your role in this problem?” Do you see the difference in flavour? It’s not trivial at all. The first question is open-ended, Do you see anything? The second question, what’s YOUR role, is a veiled accusation. It’s like saying, “This is obviously your fault. ‘Fess up.”

If they suggest a change beyond your control, you can say, “That will be hard to change. As you know, it’s not within my authority, but I’ll speak to the boss about it and we’ll see what we can do. In the meantime, what will you do yourself to get things working more smoothly?” You keep bringing it back to them.

Notice, everything ends in a question. You’re asking, not telling. As the conversation continues, more and more the questions head toward two things:

If the person just doesn’t get it, still won’t take responsibility for their own actions, then finally you may need to be blunt. You might say, “I take your concerns about the system or your colleagues seriously, and I’ll pursue those ideas. But you need to take my concern seriously too, and my concern is that part of the problem here is your own creation. I expect you to do some serious self-reflection on this, and we’ll talk again in a week. I expect you to come back with a plan for how you can help change this problem yourself. Because the status quo can’t continue.”

Even here, where you make it clear that the person’s job may be on the line, you haven’t changed the basic approach. You ask them to look at themselves, and to suggest a way forward. You don’t tell them the answers. It’s on them. It’s they who have to take responsibility. That’s the whole point.

And don’t ask, “What can I do to help?” Don’t say, “I’m here to support you.” They need to take their own look at themselves and do their own work to address the issues. Only if they take some useful, concrete steps first, only then do you offer to support them with your help. Do they want a 360 feedback done for them? Is there any training they think would be helpful? Even your help is still asking questions.

Because you can’t tell people much. A direct attack invites resistance. But if you let them tell themselves, they’ll believe it.