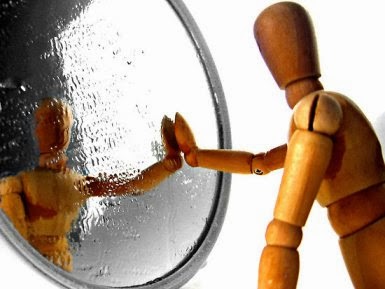 How to Deal With a Problem Employee – A Concrete Example

On one of the Tall Ships I worked on, early in my career, I was hired as Able Bodied Seaman, a senior crew position just under the Mates. The “ABs,” as we were called, while not in official leadership positions, were expected to lead by example and help develop the crew.

I loved the ship, but the mate in charge of my watch, my immediate boss, was much less qualified than I was. I had to help him with the navigation, I had to take on teaching the other crew about sail handling, I had to keep a sharp eye out for his mistakes. I was very resentful about this, and my resentment showed in everything I did. I was angry and rude, undermining my boss’ authority, demoralizing the crew. And I basically checked out of the job, always taking the easy tasks for myself, letting the crew do the grunt work without any example from me about how to be a hard worker and a good shipmate. I was a problem.

The mate I worked under couldn’t handle me any better than he could handle the ship, so another one of the mates, Eliza Garfield, not my direct supervisor but someone for whom I had a lot of respect, took me aside and asked, “How are you liking the ship?” She knew I loved the ship, so that was a good place to start. Then she asked, “How are you liking your watch?” And I started on my rant about my boss. You can imagine.

Then she said, “So you’re feeling a lot of resentment.” And I said to myself, right on, she gets it, she sees my problem. But then she asked, “How are you getting on with the other crew in your watch?” This slowed me down. I had to admit that they didn’t seem to like me that much, didn’t want to hang out with me, didn’t seem to value my experience.

And she asked, “Why do you think that is?” This really stopped me. I had to think. I couldn’t blame them for being bozos like the mate. They were good people, a lot of them enthusiastic to learn, to become good sailors. And so eventually I said, “Maybe they don’t like how resentful I feel all the time.” It was the first time I’d said that, even to myself.

Bingo. So Eliza asked, “Is your resentment getting you what you want?”

I had to pause for a while again, and then I said, “No, it’s not.” Bingo again. I wanted to be a leader, and to be seen as a leader, but I wasn’t being a leader at all. Eliza went on with questions and some of her own observations to help me see myself as others were seeing me, which I had not been seeing clearly.

That conversation was a big step to getting me unstuck from my resentment. I realized the crew were resenting me in return, and that instead of this circle of discontent, I’d rather be a shining example of what the Able Bodied Seaman role could be.

Eliza ended our conversation with, “I’m really glad you’ve been able to help me see what’s been going on with you. I’ve been wondering what the problem was.” I really felt she had seen through my bad attitude and seen my potential, and helped me see it too. I felt supported, understood, appreciated, and I wanted to live up to that.

If Eliza had begun by telling me what a problem I was being, telling me all the things I was doing wrong, I wouldn’t have listened. She would only have brought out my resistance, and I would have blamed everything on my boss. Her questions were encouraging, curious, concerned. She wasn’t letting me off the hook, but she wasn’t impaling me either. Her questions were a mirror in which I could see for myself, and tell myself, that I was a problem. That worked. I would listen to myself. We’re often the only people we will listen to.

But what happens when your questioning approach doesn’t go as well as Eliza’s did with me?

That’s the subject of a December post. For now, how can the “questions only” approach help you deal with your own problem employee?

For more on the questions only approach, click here