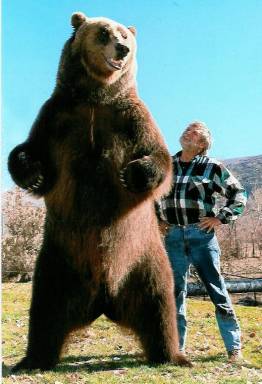 The Secret to Expressing Your Opinion as a Leader 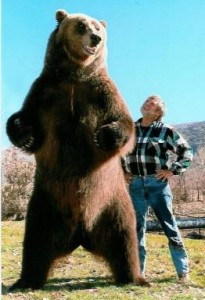 We’ve all experienced a discussion that’s supposed to be open-ended and elicit the real opinions of the team, but where everyone shuts up as soon as the boss expresses their own opinion

This is a hard trap for a boss to get out of. A truly safe team environment, where people are comfortable expressing contrary ideas, is the epitome of the high-functioning team. But it’s also a hard environment to create.

Here’s an example of how one of my coaching clients used the right kind of language to let his opinion as boss be part of the mix, without letting it dominate. This is based on the Deep Democracy work of Myrna Lewis, and it’s a technique that works as well for a team member as for the boss.

The discussion was about what to do together as an office at Christmas. The boss thought everyone would exchange Secret Santa gifts and have lunch together as they had in past years. But one man told about his friend in another office where everyone gave a donation to a charity they chose together, instead of spending money on themselves. He felt that was more in keeping with the spirit of Christmas.

The boss didn’t agree with that idea. He supported charities that he had a strong emotional connection with. His gift-giving felt like a personal matter that he didn’t want made part of an office discussion. He was confident that some others in the team felt the same, and he thought he had a duty to let any objections be expressed.

But how to get those objections heard? He knew if he just baldly stated his negative opinion that would shut the idea down just because he’s the boss. He also felt that others in the group might be uncomfortable publicly going against the moral implication of the “spirit of Christmas.”

So this is what he said:

“I’m personally of two minds about what to do. I can see the power of all of us getting behind a good cause together at this time of year, and sharing our generosity. That feels good. I also have a bit of a question about how my charitable giving and my work go together, because charity is something really personal for me. Does anyone else feel a little of those two sides?”

A couple of people did. They spoke also about wanting to keep their donations separate from work. The discussion continued without the ED saying anything more, and it became obvious that, while the giving idea had appeal, most of the team preferred to continue to do what they’d done in past years

This approach worked because it’s always true that if one person in a group has a thought about something, someone else in the group has the same thought. Even when something seems unanimous, some aspect of the contrary thought will be present in more than one person.

So as a leader we can afford to hold back from heavy handed opinions because some part of our opinion is always held by at least one other person. If we can open the door for that person to speak, we can foster a genuine conversation in a way that might be stymied if we expressed the opinion ourselves

In this case the ED opened that door with a light touch, not by asserting his opinion, but by expressing uncertainty about the two sides. This put both sides of the question on the table without weighting either one. Then his question, “Does anyone else …?” got the discussion going on an unbiased basis, and the real opinions of the team came out.

Anyone can do this, boss or not. When we’re afraid to go against what seems to be the favoured idea, we can open the door to a fuller discussion by acknowledging the potential of the favoured idea, and adding, “and I have a question about …,” or “and I’m wondering about this aspect …,” or “and part of me feels uncertain about …,” or some other light touch suggestion of an alternative view. By then asking, “I wonder if anyone else has any of that concern?” we open the door.

If the goal is a truly open discussion, the leader’s job is to open all the doors that need to be opened, but in a way that doesn’t kick people through any one of them.