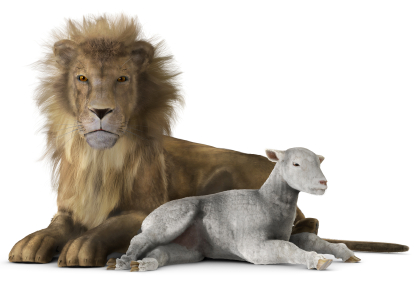 How a Strong Back and Soft Front Make Us Powerful

Soft? Do we really want to be soft? How can strong and soft go together anyway?  They’re opposites, right?

Or is the business world in desperate need of the “softer directness” that Phil, in my last post, saw he had to develop in order to be more effective?

Here’s a true story of one of the most naturally powerful people I ever met, with a strong back and a soft front; a boy named Peter whom I sailed with on a Nova Scotia Sea School voyage.

Peter was barely 14 when he came on board, and he was young for his age. But he was exceptionally competent and quick to learn, a natural high performer. He was also terribly homesick. He wasn’t ashamed of his homesickness, even though it brought tears to his eyes now and then, and he never said he wanted to go home. He never complained about anything, and often stepped up to help his teenage shipmates with knots, navigation, setting the tarp up at night, all the things they wrestled with that he was immediately good at doing.

On the first night of the trip he was crying softly as we all sat together for our circle conversation to end the day. He wasn’t sobbing or sniffly, just a few tears on his face. He told everyone how homesick he was, but he said it was okay. The rest of the crew tried all kinds of things to make him feel better, but Peter wasn’t uncomfortable about his sadness and didn’t encourage their consolation. He sat up confidently, his emotion simply another presence in the circle, genuine and no big deal.

A few days later he was taking a turn as helmsman to steer the boat. It was a windy day and we had the wind strong and fair on the starboard quarter, which means it was nearly behind us. We roared along at our maximum speed down wave after wave after wave. The crew were exhilarated, faces laughing out from the yellow hoods of their waterproof jackets, dripping now and then with the salt spray blowing over the boat.

Peter had a hard job steering in those conditions. The strength of the wind kept trying to force the boat to turn, and the waves rolling under us would twist us right and left and back again. Peter had both hands on the tiller, which took some strength to manage, and he was braced against the side of the boat to keep steady, thrilled and focused. I sat next to him to coach him but he was such a quick learner that he was soon doing an excellent job on his own and I turned to look forward and enjoy the ride. I could tell by the way the boat continued to surf on the waves that he was doing just fine, and I began to talk with the rest of the crew.

After a while I turned back to check on Peter, and saw that he was crying again. Steering well, with his whole body and attention, with tears running down his cheeks. I asked him if he was homesick again and he smiled a big smile and said yes, very, he really missed his family. Then he turned forward again and continued to surf the boat down the waves.

Peter seemed able to hold everything, his natural skill as well as his sadness, with strength and gentleness. He wasn’t struggling to put up the tough front you would expect from a teenage boy in front of his peers.

This was Peter’s power. Not having to protect himself all the time, he was without struggle, and inexhaustible. Whatever came up, he could handle it. He was truly brave.

But most important, no matter what he was experiencing himself, he was always open to everyone else in the crew. The crew had never seen anyone like Peter, and they began to share their own worries with him, because he could be patient and kind, but clear and not indulging. If they were having trouble with knots or another sailing skill they asked him for help, because he had nothing to prove and would help them and not judge them.

The crew were inspired by Peter to drop their complaint, do their best, and appreciate each other. Peter led by example, the most powerful leadership of all, and he transformed that crew from a group of fussy teenagers into the most high performing crew I ever sailed with.

This is not to say you should break down at your next team meeting. Soft and gentle alone are sentimental and thin. But strong and tough alone are self-protective and blinding. Together, strong back and soft front, gentle and tough, fearlessness and open heart, these are the ingredients of the most effective kind of leadership. We need more leaders like Peter.