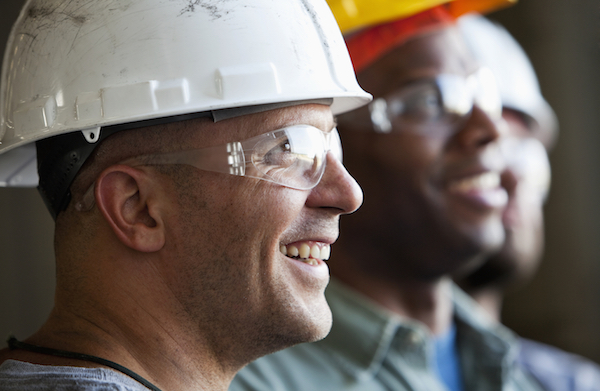 How to Engage People Without Engagement Work

There’s a huge industry grown up these days around employee engagement. This is great, but how many of the retreats and strategies and engagement committees bear lasting fruit? How good a use of time and money are they?

In the last couple of years I’ve been hearing more and more people talk about “engagement fatigue” whenever they’re asked to sit on yet another committee or be part of yet another initiative, in addition to their regular work. We all have stories of suffering through workshops facilitated by well-meaning people who are obviously clueless about our organization. We’ve all completed engagement surveys that we never hear the results from.

These kinds of efforts aren’t necessarily bad. There are some good ones. But on the whole they’re a distraction. The real engagement potential, the real team-building opportunities, are already right in front of us, in the work.

So work with the work.

Here’s an example. My friend Gerry Giffin is an industrial engineer who worked at the Michelin tire plant in Nova Scotia a number of years ago. A lot of his work ended up being engineering processes that involved people rather than just machines.

One of the production lines at the plant had been having productivity and morale problems for a while. Some of the workers had been on that line for 12 years, but they hardly ever spoke to each other, except to blame each other when there was a problem. And there were lots of problems. What to do?

Management of course tried coaxing and threatening, all the usual tactics, but without success.

Then Gerry suggested they take a bigger view of what the solution could be. He designed and undertook a two-year initiative to change the way the line worked. Each worker got trained in every position on the line. This took time, but eventually they were able to rotate through all the positions. Each shift was also given responsibility for its own supply chain, to make sure everything they needed for their shift was ordered and available.

Two years is a long time, and the initiative cost money too. But it had powerful results. First, because all the workers were familiar with all the positions on the line, they could rotate through and have more variety in their work, so they didn’t get stuck in so much repetition. They also couldn’t blame each other as easily for problems. They knew how difficult some of the positions were, and how things could easily get backed up or out of sync. So there was a big increase in mutual support, respect and appreciation.

Having collective responsibility for their supply chain gave the people in each shift a chance to work together, rather than just separated along the line, which also helped build a cooperative culture. And because the workers had these new skills and responsibilities, they all got significant raises, which made them happy.

And what was the benefit to Michelin of all this time and money? Productivity on that line rose 30%. Michelin made pots of money, even after all the raises. It was a very smart and very effective investment.

And no third party, offsite, empowerment retreats were involved. They just worked with the work.

Let’s face it. The work is what it’s all about. It’s the thing everyone is most personally invested in, either positively or negatively. It’s the place where the money is. It may be hard to justify an expense for vague notions of attitude change, but it’s much easier to justify the expense for something that will directly improve the work.

So take advantage of the work itself to be your ally in dealing with stuck attitudes. See if you can change how the work itself is done in a way that has a beneficial affect on people’s attitude. Often it doesn’t even have to cost any money. Changing the snow day policy so that people can work at home on snow days costs no more than the paper the new policy is written on. But allowing people the flexibility to handle snow days the way they want to, individually, that has a huge beneficial effect on people’s attitude even when it isn’t snowing. And no manager has to give any kind of moral uplift harangue.