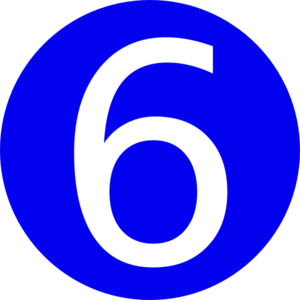 One Way to Motivate Performance

Robert Hessen tells this story in “Steel Titan: The Life of Charles M. Schwab.” It’s a provocative way to motivate performance. Is it a good one? What do you think?

Charles Schwab was a labourer at Carnegie Steel who rose to be supervisor of  all of the plant supervisors for Andrew Carnegie in the 1890s. Apparently he had an uncanny talent for engaging his people. Schwab often recalled a story which demonstrates this talent.

“I had a mill manager”, he recounted, “who was finely educated, thoroughly capable and master of every detail of the business. But he seemed unable to inspire his men to do their best.

‘How is it that a man as able as you,’ I asked him one day, ‘cannot make this mill turn out what it should?’

‘I don’t know,’ he replied. ‘I have coaxed the men; I have pushed them, I have sworn at them. I have done everything in my power. Yet they will not produce.’

It was near the end of the day; in a few minutes the night force would come on duty. I turned to a workman who was standing beside one of the red-mouthed furnaces and asked him for a piece of chalk.

‘How many heats has your shift made today?’ I queried.

I chalked a big ‘6’ on the floor, and then passed along without another word. When the night shift came in they saw the ‘6’ and asked about it.

‘The big boss was in here today,’ said the day men. ‘He asked us how many heats we had made, and we told him six. He chalked it down.’

The next morning I passed through the same mill. I saw that the ‘6’ had been rubbed out and a big ‘7’ written instead. The night shift had announced itself. That night I went back. The ‘7’ had been erased, and a ‘10’ swaggered in its place. The day force recognized no superiors. Thus a fine competition was started, and it went on until this mill, formerly the poorest producer, was turning out more than any other mill in the plant.”

First, his approach was wonderfully indirect. It took no effort on his part, no getting buy-in for stretch goals, no engagement strategy, no “leadership” at all really. If he’d expressed any expectation or demand when he drew the 6, it would have changed everything. But he left without a word, letting the “6” do all the work. As it turns out, the “6” was more compelling and engaging than any “leadership” could have been.

Second, Schwab knew what his employees cared about and what they didn’t. They weren’t interested in producing more steel so Carnegie could meet its quarterly earnings guidance, or be ranked among the most productive US companies for the year. They didn’t care about winning the “Mill of the Month” award. They didn’t even care about pleasing the big boss, or even about not getting yelled at by their mill manager.

What they cared about was being a better steelworker than the next guy in their own steelworkers’ sphere.

Ask yourself, “What’s the ‘6’ for my people? What do they really care about.” If you’re not sure, you may be thinking too much about what you want them to care about, which isn’t the same thing.

For more on taking the indirect approach, click here.